Is Government support to M&E Industry a key ingredient for its success? 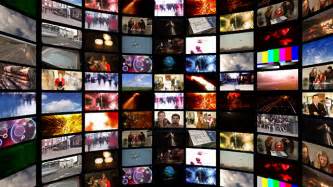 Media & Entertainment Industry in India is one of the fastest growing and one of the few well recognized across the world. From the current estimate of Industry size of US$ 20 billion it is expected to touch US$ 35 billion in F.Y 21. With its burgeoning growth potential, world recognition, as well as world class skill base, it somehow just has not got the government attention it deserves. A free and fair press is a key pillar of democracy like ours and any government whether the present one or the ones’ in the past will reaffirm that they have done their bit to keep it that way. They will also say that the Ministry of Information & Broadcasting ranks high on the importance levels in the government and hence gets the industry the attention needed.

This then begs the question: ‘What is the attention we seek from the government?’ And secondly ‘Why do we collectively feel that the government is not giving that attention?’ To answer these questions, a better understanding of the Media & Entertainment industry is needed.

The business of Media and Entertainment currently is in throes of a change across the world and India is also experiencing the change. Most of the M&E businesses have two key pillars i.e, Content and the Distribution, Providing engaging, good, and clean Content is a prerequisite and so is regulation (whether self -regulation or government controlled regulation) to monitor such content. Legacy systems though existing are striving to keep pace with how the content is being distributed and regulated.

Distribution, has seen the biggest change in the past decade or so largely fueled by innovative advances in information technology and the changing consumer preferences. The consumers are rapidly moving towards consuming content anytime as well as anywhere and going away from fixed time viewing, made possible by innovative technology in wireless. Wireless in the form of smart mobiles are now capable of accessing worldwide content with very few barriers. 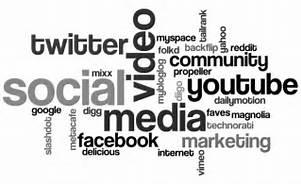 Therefore, most of the M&E businesses are now complex businesses. Global availability of content on the worldwide web facilitated by ever expanding smart phone technology have rendered the traditional business models of these businesses very vulnerable. Many of the M&E businesses were models largely funded by advertisement and very little through subscription. Inability to control the content offering to defined audiences, going away from regular payment mechanisms as well as vulnerability to protect the brand or IPR’s promise are making the businesses very risky and in search for the new model of sustainance. Therefore the role of regulation as well as the government becomes important as well as meaningful in today’s context as always. The government through selective investment, regulation as well as oversight can help in the following:

Clearly, Government has a key role to play in helping shape the M&E businesses. Why then, collectively as an industry there is always a feeling that government does not always help?

The reasons are many. Some of the reasons are of Governments own violation while the others can be attributed to the other industry constituents. Some areas where the government needs to take note are as follows:

In the free world, the accepted way of educating and propositioning the government is through the industry associations. They usually provide knowledge of best practices as well as provide collective lobbying service. In India, specially for the M&E industry, there is no single ‘Industry Association’ which represents the industry as a whole. There are many associations which represent the different areas of M&E industry and are pretty active too. However, they usually proposition the government separately, often with separate agenda’s and at cross purposes even when some issues are same industry wide. Trade institutions like FICCI as well as CII have tried to play a stellar role in bringing these associations together on a common platform but they still fall far short of what, for instance, ‘NASSCOM’ has been able to do for IT industry.

Search in the EYE

Error: Twitter did not respond. Please wait a few minutes and refresh this page.